Lucia Zapata Griffith, a Charlotte architect, has preserved and restored this wonderful piece of Charlotte’s history, The Morrison House (c.1885).  Designated as a Charlotte Historic Landmark, it is an example of fine, Queen-Ann style Victorian architecture at the turn of the 19th century. Lucia,  along with her lauded partner/Executive Chef Bruno Macchiavello, has transformed this beautiful house into a warm and inviting tapas, wine, & spirits restaurant, reflective of their upbringing in their native Peru. Yolanda Johnson, an experienced local business owner and an advocate of historic preservation, joins Lucia and Bruno. The three partners are thrilled to offer Charlotte a special place in the heart of the city.

Bruno Macchiavello, originally from Peru, has worked for years creating successful restaurants including Peruvian, Italian and various International cuisine concepts, from fine to casual dining. His family, originally from Italy, migrated to Peru, a country with a rich tradition of fusion cuisine currently praised in culinary circles all over the world. Bruno’s family owned restaurants and hotels in Peru where he first learned his way around the kitchen, honing his cooking skills with professional training in culinary schools in Peru, Italy and Brazil.

History: Morrison House
This Charlotte Landmark is associated and named after the Morrison family who owned the property from 1906 to 1949. The house was owned and occupied by descendants of Dr. Robert Hall Morrison, founder and first president of Davidson College and an early Presbyterian pastor. Mrs. Morrison, the former Mary Graham, was the daughter of Major-General Joseph Graham and sister of NC Governor, US Senator and Secretary of the Navy, William Alexander Graham. Mrs. Morrison’s uncle, William Lee Davidson, donated a beautiful track of 400 acres in which a college was started; in appreciation of this largest of all gifts, and to commemorate the name of the donor’s father, the institution was named Davidson College.

This merchant participates in the QC Cash Program. 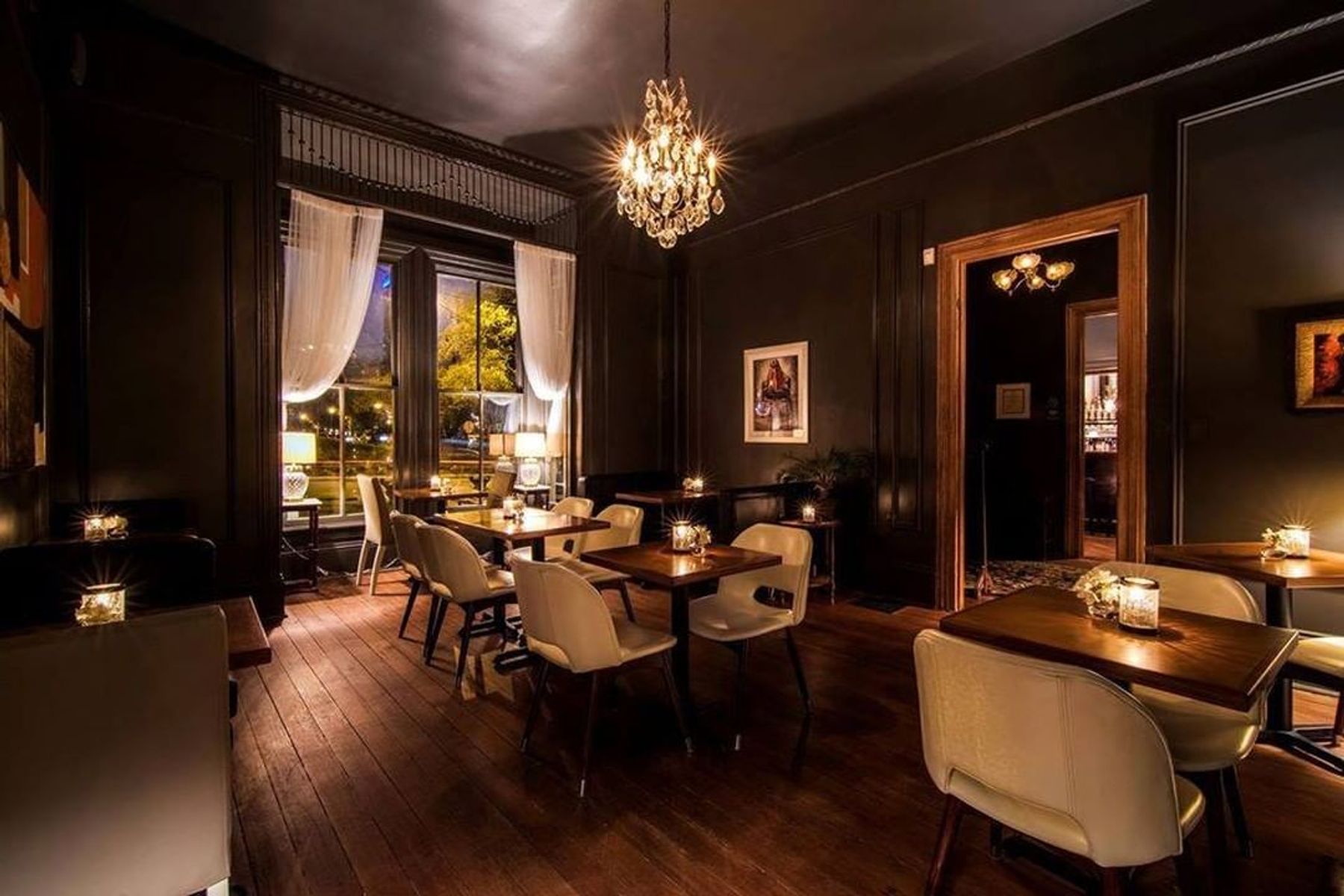